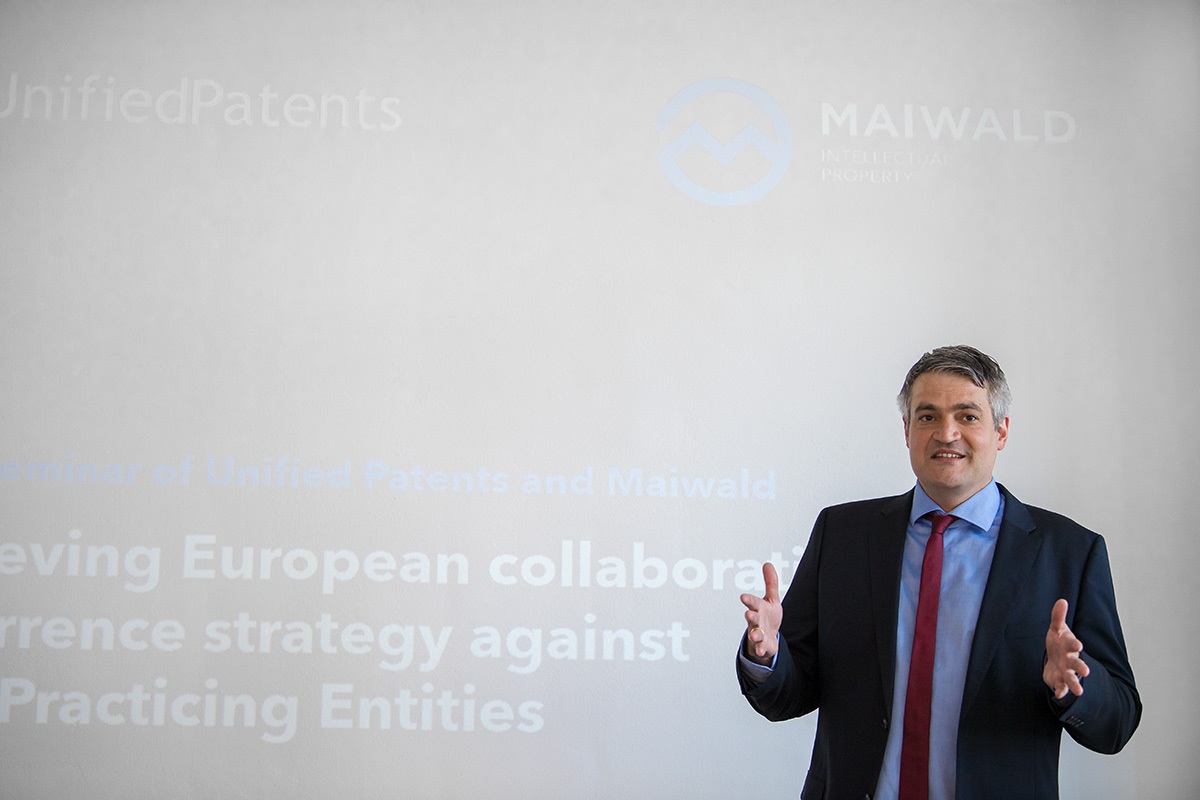 Even if it's been a while, it was and still is a pleasure to have had such an exciting panel discussion with so many participants on the question whether market-based solutions like Unified Patents can help deter NPEs in Germany and Europe from making patent assertions.

Shawn Ambwani of Unified Patents shared the way how market-based solutions like Uniﬁed Patents could help deter NPEs from making patent assertions in the US. He stressed in his reflections on stakeholder cooperation for the management of NPE and SEP risks that the focus should be on a validity check of essentiality, appropriate pricing and license security.

Then the panel discussion started with current trends of NPE patent disputes in Germany. Representatives from industry in the panel pointed to the specific problem of the German system that it is often only the infringement proceedings that provide the impetus for negotiations with the patent owner to settle the dispute.

The nullity proceedings mostly have no or only very limited influence due to their long duration. Dispute resolution for NPE patent litigation is therefore mainly based on considerations of patent infringement rather than on the legal validity of the IP right. In order to avoid an injunction, defendants are therefore often compelled to agree to a settlement even if the validity of the patent has not even been clarified in the first instance. The industry representatives stressed a slow but steady increase in NPE patent disputes in Germany over the years. Also the UPC was expected to represent an attractive venue for NPE patent disputes in the future.

Subsequently, the opportunities of Unified Patents for the German or European market were discussed.

The panel noted that any active collaborative cooperation of the attacked companies in Germany would initially suffer from the long duration of a nullity action. This could still be remedied by an accelerated first preliminary opinion. However, the main problem for a transformation of the business model of Unified Patents to Germany or Europe would be the high court costs for nullity actions, which also applies to the UPC.

Further information and the complete programme can be found here.